High technologies for your business

Bruno Bettelli as Vice-president of ACIMAC

The annual meeting of the Italian Manufacturers of Ceramic Machinery Equipment Association held at Acetaia Leonardi in Magreta (Modena) on Wednesday 8 July officially elected Paolo Mongardi, the current President of SACMI, as the new President of ACIMAC.

During the meeting, the new president then indicated Bruno Bettelli, president and CEO of I-TECH srl and already present on the board of directors of the association, as Vice-President who will manage association marketing.

“I think I represent the small and medium-sized enterprises that today means 90% of the associates. The goal is in fact to protect and give voice, not only to the giants of the sector, but also to small manufacturers of ceramic machinery.”

Together with Paolo Lamberti, President of Tecnografica Spa, and Luca Bazzani, CEO of System Ceramics Spa, we will therefore try to join forces in order to implement the services offered, knowing that the level is already excellent and expanding the number of members and the involvement of companies in association initiatives.

“Small business owners need to grow, and I believe the services and information that the association provides can help in overcoming the obstacles they will face.”

BRUNO BETTELLI: After graduating as an industrial technical expert with a specialization in electrical engineering and electronics, he started his career in 1989 as a designer at the technical office of the ICF Industrie CIBEC S.p.a. (Ceramic plant engineer). From 1993 to 1996 he worked at the ICO Oleodinamici S.p.a. where, within the PAG division, he played the role of Head of Research and Development. In 1996 he joined the Electron s.r.l. to create an innovative revolutionary project for the ceramic sector by taking on the role of Research Manager and, since 2000, Managing Director. In 2005 after the merger by incorporation of Electron into T.e.m.a. s.p.a., takes on the role of Head of the Colormix company branch. In 2009, together with the German multinational Zchimmer & Schwarz, he founded the New.Co ZS Tech s.r.l. and acquires the entire business unit started in 1996. Since 2015 he has therefore been the Sole Director of the company and Head of Research and Development. 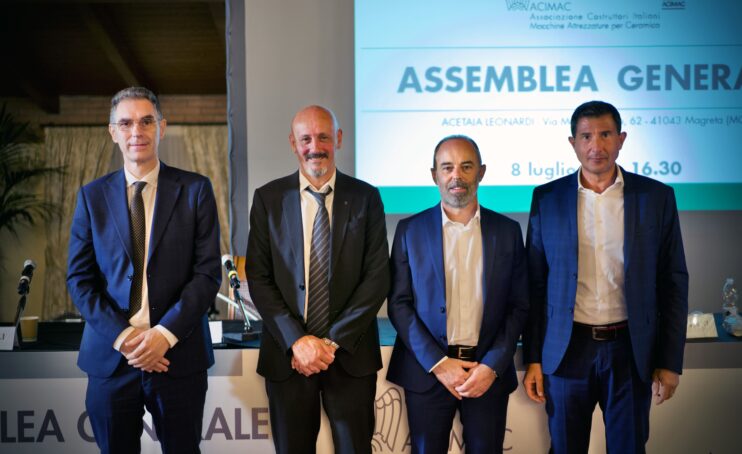 Fill out the form to get more information about our products: